On the afternoon of October 23, the head coach of China's U-19 National Men's Football Team Cheng Yaodong and his team member Liang Shaowen attended the pre-match press conference of the 2020 Chinese Football Association League Two. 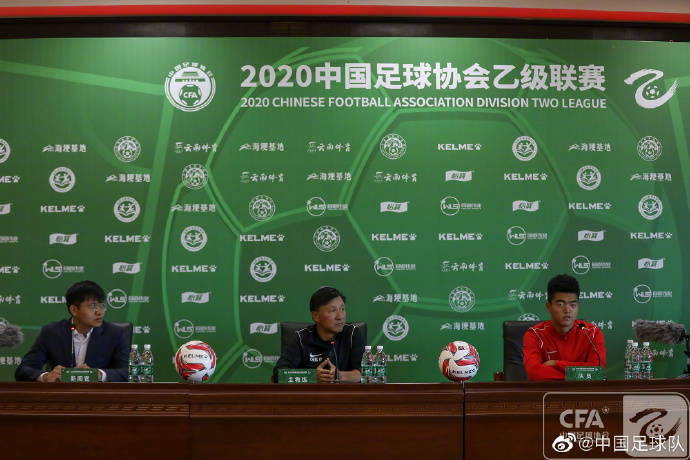 At the press conference, Cheng Yaodong said that in order to prepare for this year's China League Two, the team has gone through four training sessions from May to now. Participating in this competition, I hope that the players can improve their skills and tactics and physical confrontation. Every game has to go all out to win, and hope that the players can gradually increase their confidence through the game. Here, I would also like to express my special thanks to all the Chinese second-tier clubs. The opportunity to participate in the second-tier league is very precious. I believe the players will definitely gain something.

Player Liang Shaowen said that this year's team can get such a game opportunity, which is of great value for every player. The team conducted a total of four training sessions, and everyone was prepared physically and psychologically to meet the following competitions. The team will go all out to play every game.