[This issue is a special history, with the author's comment at the end, please see the homepage in the past, welcome to pay attention and exchange]

In the feudal society of ancient China, being born in the royal family was a joyful and sad thing, but for the founding prince or the eldest son of the founding emperor, generally there was no good ending. The protagonist Xiao Tong, who is going to talk about today, was born during the Southern and Northern Dynasties during the Great Split. He was made prince at birth, but died young when he was only 30. Amazingly, more than 20 years after his death, his son established a new dynasty and named him Emperor Gaozong. So, what kind of legend does he have? Stay tuned, the first issue of the legendary emperor, Zhaoming emperor known as the prince. 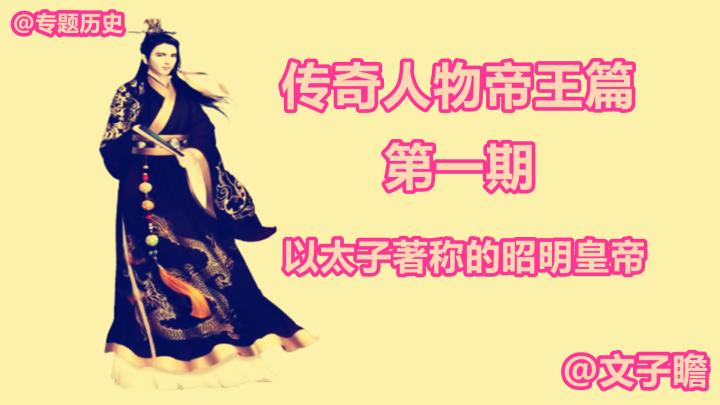 In 501 AD, Xiao Yan, who was the governor of Yongzhou at the time and guarding Xiangyang, welcomed his first son named Xiao Tong. In the same year, Xiao Yan set up troops from Xiangyang and broke through the capital Jiankang. He proclaimed himself emperor in 502 (later named Emperor Wu of Liang). So Xiao Tong, who was just 1 year old, was appointed as the crown prince, which means that he was almost in conflict. The country was born together. 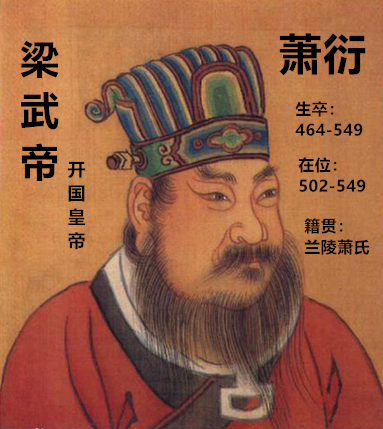 Fortunately, due to his father Xiao Yanli’s efforts to govern and the overall stability of the country, Xiao Tong studied the Five Classics of Confucianism at the age of five, and was able to tell his understanding of the "Book of Filial Piety" in the palace hall at the age of 8. It can be said that he had a very fulfilling experience. Happy childhood. 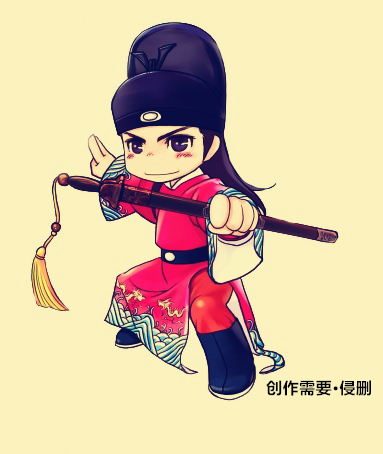 As the prince of the dynasty and studying poetry and books since childhood, Xiao Tong naturally became the leader of the literary world in the Liang Dynasty. Therefore, he organized literati to collect excellent articles from the Zhou Dynasty to the Southern Dynasties Liang, and successfully compiled and selected China's earliest collection of poetry and essays "Selected Works", which included more than 700 poems by more than 130 authors. , Which includes the well-known poem "Dan Ge Xing" by Cao Cao. 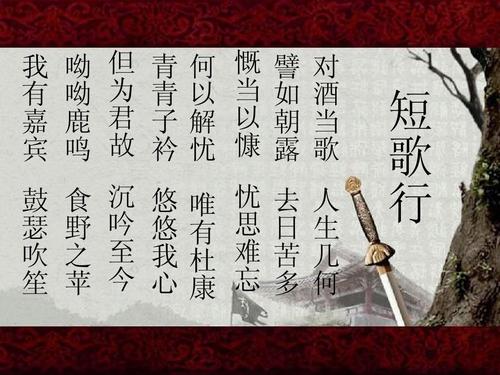 However, it was precisely during the years from 526 to 531 when "Selected Works" was compiled, Xiao Tong experienced the darkest five years of his life, because in 526 AD Xiao Tong was tired of praying for the wax goose (detailed below), and the 62-year-old His father felt suspicion, and then gradually became depressed, and died of illness at the end of 531. Born with the country and perished with the masterpiece, Xiao Tong was such a special existence among the princes of ancient China. 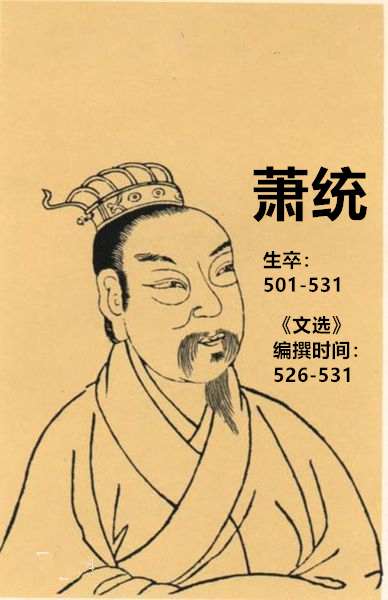 In ancient times, it is not surprising that the Sun ascended to the throne and was chased as emperor, but Xiao Tong was chased as emperor only twenty years after his death. It turned out that in 555 AD, Xiao Tong’s third son, Xiao Zun, was supported by the Western Wei Dynasty and proclaimed himself emperor in the old place of Jiangling (now Jingzhou City, Hubei), known as the Western Liang or Hou Liang (555-587). After ascending to the throne, Xiao Ting pursued his father Xiao Tong as Emperor Zhaoming, and went to the temple as Gaozong. At the same time, he respected Xiao Tong's wife Cai as Empress Zhaode and his biological mother Gong as Empress Zhaoyuan. However, later celebrities are more accustomed to calling Xiao Tong the Prince Zhaoming. 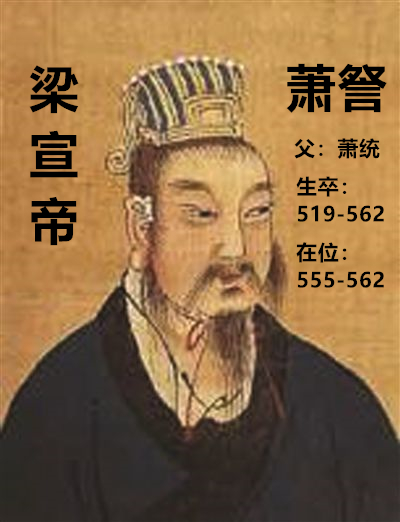 Born in Xiangyang in 501, his father, Xiao Yan, started his army in the same year.

In 502, the Liang Dynasty was established and he was crowned the crown prince. He was 2 years old at that time (calculated as an imaginary age, the same applies to the following).

In 531, he died of illness shortly after falling into the water. At the age of 31, he was named Zhaoming, and he was known as Prince Zhaoming.

In 555, the third son Xiao Tsang proclaimed himself emperor in Jiangling and established Xiliang, chasing after Emperor Zhaoming, the temple was named Gaozong. 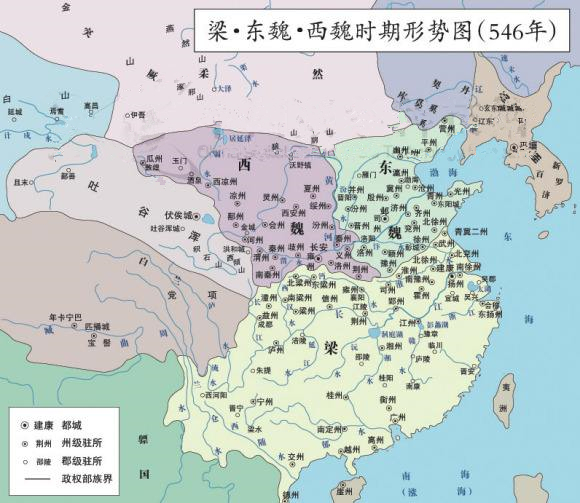 In the beginning: Ding Guibi and Xiao Tong's mother, who was then Emperor Xiao Yan, died of illness in 526. Prince Xiao Tong presided over the selection of a treasured geomancy site and was preparing to break ground.

Change: After a certain landlord learned that Xiao Tong would choose a treasured geomancy place, he wanted to use his land as a treasure to earn royal fees, so he found his old acquaintance, the eunuch of the emperor Xiao Yan, Yu San, and told him If Emperor Wu of Liang can be persuaded to buy his land with 3 million, he can give 1 million in rebate. In this way, the third officer Yu approached the then emperor Xiao Yan and told him that the treasure land chosen by Prince Xiao Tong was not good in feng shui and it was not good for you. At that time, 62-year-old Xiao Yan was notoriously superstitious about wanting to live forever, so he believed what the eunuch said and ordered to change the burial place. Thus, Ding Guibi was buried in the land prepared by the landlord.

Turning point: After a Taoist priest named Chen Yusheng heard about this, he found the prince Xiao Tong and asked him where Ding Guibi was buried. After viewing the cemetery, I told Xiao Tong that the cemetery itself was fine, but it was not good for Xiao Tong himself. After hearing the truth, Chen Yusheng persuaded Xiao Tong and took him to a wax product factory. He selected a wax goose and said that as long as the wax goose was buried next to his mother Ding Guimen’s grave, he could relieve his bad luck. .

Climax: Unexpectedly, the eunuch Bao Miaozhi learned about the process of this incident, and Bao Miaozhi was alienated by Xiao Tong because of his treacherous man, so he took the opportunity to retaliate and slander Emperor Xiao Yanjin, saying that your majesty’s recent health was due to The prince was tired of praying (an ancient way of cursing people). He saw the prince bury a wax goose next to Ding Guimen's cemetery. If you don't believe the emperor, he can go and see.

Outcome: The 62-year-old emperor Xiao Yan, who listened to slander and was originally superstitious, sent someone to the cemetery to dig. If it was true, as the eunuch said, he blamed Prince Xiao Tong and beheaded Chen Yusheng. However, although the prince Zhan Shi Xu Mian tried his best to explain to the prince, it was still inevitable that the father and son had a gap in their hearts. And Xiao Tong blamed himself for implicating Chen Yusheng, and his body went from bad to worse. It is said that when Xiao Tong passed away, the entire capital city was empty, crying loudly.

Xiao Tong's ending resembles many ancient princes, which is regrettable. However, looking at the root cause, Xiao Tong’s tragedy was actually caused by the times. If the Northern and Southern Dynasties were not an era of division, the founding emperor Xiao Yan would not be so superstitious that he would have such a huge misunderstanding with his son; if Liang Guo was the same With a vast country, Xiao Tong should have more opportunities to go north and south to display his literary talent and political ambitions. Unfortunately, there is no if, but fortunately there is "Selected Works"

If you can't control your own destiny, then do what you like to your heart's content, focus on doing the right thing, and perhaps achieve amazing years of achievements.