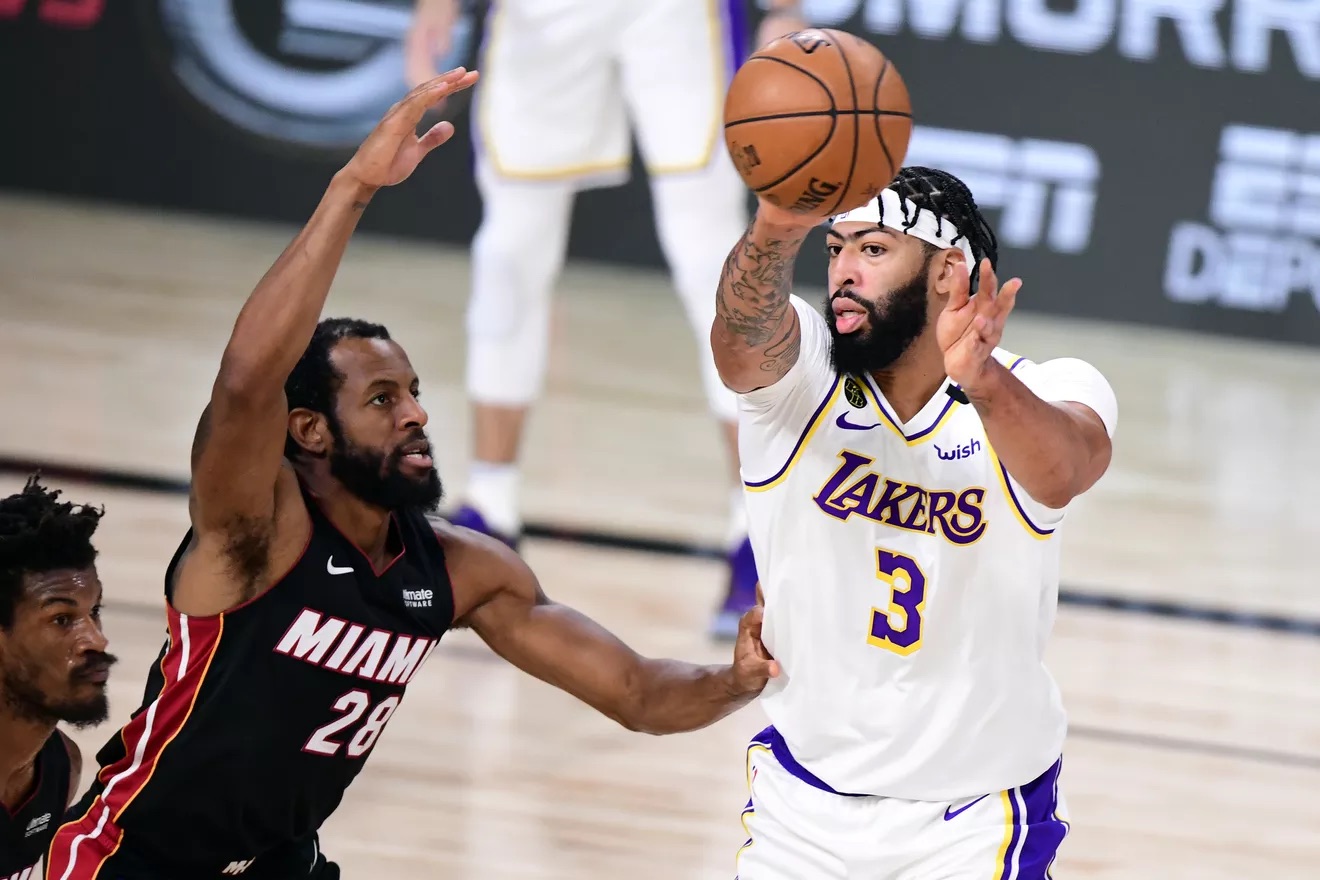 Tiger Fight, October 5th. At the end of the third game of the NBA Finals today, the Lakers lost to the Heat 104-115 and the score was tied to 2-1. After the game, Lakers forward Anthony Davis was interviewed.

Speaking of the foul crisis encountered in this game, Davis said: "This affects me. I committed two early and received a third foul after playing. So this made me lose my usual aggressiveness on both offense and defense. And the opposing players like to make offensive fouls. This robs me of a bit of aggression. I still need to play better, and I still need to try to influence the game on both sides of the offense and defense. But this problem does get me off the field and adds to the other teammates. Too much pressure."

"I just need to play better on both ends of the offense and defense," Davis said. "Avoid foul troubles and bring vitality to the team-the team relies on me to bring vitality in the opening phase. When you make two offenses early, teammates I have to play early and so on. So I have to do better."

"We'll be fine," Davis said. "We made a shot. We didn't defend all night. They made a key shot and played a few beautiful rounds."

"This is a loss. We are still leading the series. You know, as I said, we never want to be too arrogant, and we don't want to be too low. We will review the video, check the improvement space on both sides of the offense and defense, check the need to improve Part of it, and played a much better performance in G4 than tonight." Davis said.